After the Northwest Resistance of 1885, three Canadian officials put forward a proposal for a system of racial segregation – whites from First Nations – to their Prime Minister, Sir John A. Macdonald, who enthusiastically approves, declaring: “…it is in the highest degree desirable to adopt it.” From then on, and for over 60 years, permits to leave reserve would only be issued at the pleasure of an Indian Agent. From day one, the Canadian government knew this segregationist pass system had no legal basis.

The system kept First Nations parents from their children in residential schools, from visiting relatives, from access to towns and cities, and from enjoying the basic freedom of mobility that every settler Canadian took for granted.

The Pass System is a result of a five year investigation involving extensive, pan-Canadian archival research and elders’ oral history testimony, revealing a system that appears to be much more widespread than previously thought. Nehiyaw, Saulteaux, Dene, Ojibwe and Niitsitapi Elders from Treaty areas 4, 6 & 7 (Saskatchewan & Alberta), tell stories of living under and resisting the system. Leading historians and scholars such as Winona Wheeler, Sarah Carter, J.R. Miller, Brian Titley, Shauneen Pete, and the film’s Historical Consultant John S. Milloy, provide key context essential to understanding the system’s many impacts that reverberate to this day.

Director, Producer, Cinematographer and Writer Alex Williams is behind the film’s research and production, but this was very much a collaborative project that engaged with many Elders, historians, community knowledge keepers and artists, and arose from conversations and collaborations with Tara Beagan, Wanda Nanibush, Executive Producer James Cullingham and many others. Alex was raised in Saskatoon in Treaty 6 and found the subject essential to understanding societal divides and inequities that persist to this day. When it appeared that the government had destroyed many documents relating to the system, and the historical record was incomplete (and very much still is) it was clear this historical injustice needed to be widely exposed for the racist and segregationist practice that it was.

Filmmaker, Journalist and Historian James Cullingham, producer of films on related subjects, brought Tamarack Productions’ considerable experience and expertise to the production in his role as Executive Producer.

The Pass System was made with assistance from the Canada Council for the Arts, the Ontario Arts Council the Toronto Arts Council, many artist-run media arts centres across the country, as well as many community supporters, and was produced in association with Tamarack Productions.

The film has been touring extensively across Canada and consulting with communities both inside and outside the areas known to be impacted by the pass system. Emerging from these screenings and panel discussions is a picture of a system more extensive than the film depicts. It is as yet unknown how many communities were affected by mobility controls by the Canadian state.

With (in order of appearance) 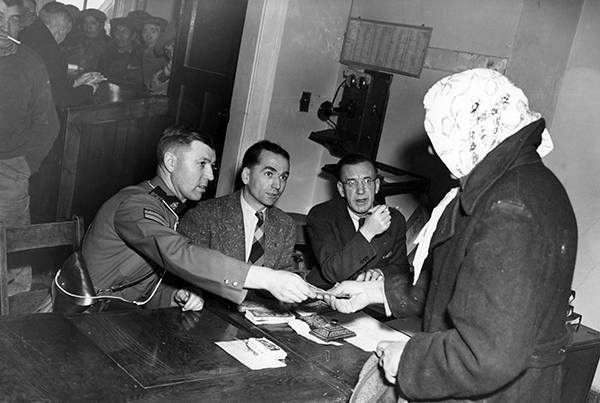 This film was made with assistance from the Canada Council for the Arts, the Ontario Arts Council and the Toronto Arts Council, with many community supporters, and produced in association with Tamarack Productions.

DISTRIBUTED IN CANADA BY:

Please contact distribution@vtape.org – (416) 351-1317, to get a copy of the film for your organization, educational institution, or association, or for screening requests in your community.